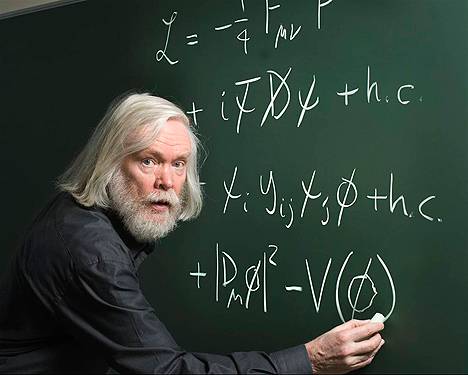 We are excited to announce that Professor John Ellis (CERN, King’s College London) will be one of the keynote speakers at OKCon 2013.

John Ellis is one of the world’s leading theoretical physicists, and also a great communicator. He has been influential in setting CERN’s strategic direction and contributed to the recent discovery of the Higgs Boson. John Ellis is a strong advocate of involving non-European nations in CERN scientific activities.

OKCon 2013 is taking place in Geneva, Switzerland, which means the conference will be held only a few kilometers away from CERN and the LHC – Large Hadron Collider. CERN has always been considered a pioneer in the open science movement and a strong supporter of the open access movement: open source software has been developed at CERN for decades; Tim Berners-Lee invented the World Wide Web while working for CERN when trying to improve the information management system of the LHC.

Video from BOLDtalks 2013: John Ellis, The significance of the Higgs Boson discovery.

We are certain that John Ellis’ talk will be a great inspiration to remind everyone why openness in science really matters: because – as CERN has recently proven – it helps reveal the deeper beauty of our universe.

We hope you will join us for this and many other exciting presentations at OKCon 2013.

Early Bird tickets are now on sale and will be available until June 23rd, 2013. Buy yours now!